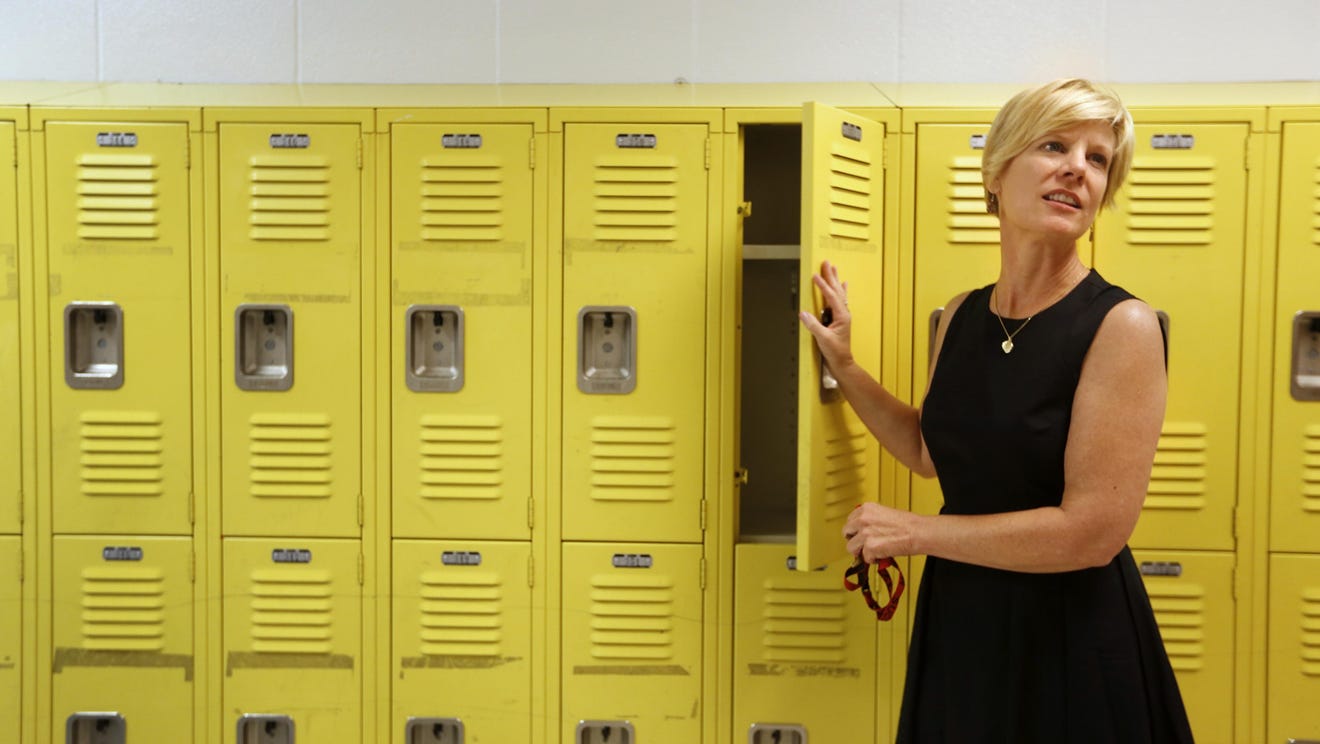 In April of 2015, a JCPS principal we call “HM” was tapped to lead the new Waldorf program at Maupin Elementary. The Maupin community had just won this distinction and honor through a Districts of Innovation competition. Here are some news articles and events that took place prior to the problematic series of events, possibly revealing motive or rationale for the behavior Maupin students, educators and parents experienced and witnessed.

In Sept. 2016, the district quietly tries to shift away from the Waldorf style curriculum due to embarrassing, although predicted, poor test results. And in December, the district allows known charter school proponent, Hal Heiner, to pay Maupin a visit, providing him a press opportunity while encouraging them to “think bolder.”

PATTERN OR PRACTICE OF MANUFACTURED EVIDENCE

Also, in 2017, HM was involved with another little “situation” where I discovered some documents had been signed off on by the SBDM AFTER the state had been notified about a decision to move in a different direction. I have a testimonial from a parent saying that they were not told what was really going on. At the request of Maupin parents who felt something was amiss, I started showing up and asking questions. A former Black JCPS educator and I met with reporters at Maupin prior to a PTA meeting, ahead of a rally we were holding to call for the JCPS Superintendent to step down. For my actions, HM and her assistant superintendent LJ, and his assistant KK, were involved in a scheme to manufacture evidence that would end up getting me removed from the VP role I served in with the 15th District PTA. Following the vote to remove me, I showed up at a community meeting they held for Maupin parents and confronted them. You can listen to the radio program I put together that combines both interactions here.

But enough about my experiences. I only share this because it shows a pattern of using disingenuous methods to push out someone who is standing up for Maupin families. But this website is about what happened to Maupin counselor Dr. Kimberly Mucker Johnson when she tried to stop a white kindergarten teacher for causing harm to 5- and 6 year old Black students in her care, and this page in particular, is about the role Maupin principal HM played.

We have a copy of the entire deposition, which we obtained through court filings. When we have a chance to scan and upload key pages, we will place them here. Check back here later for a video reenactment of the deposition, as well.

In April of 2019, HM kicks off a conference by berating Dr. Johnson over her lack of preparation for the “Monday Admin Team” meetings. On more than one occasion, Dr. Johnson raises questions about the purpose of the meeting. HM seems to be upset that Dr. Johnson did not contribute to an item that had been on that Monday’s agenda. Why did she not have anything to add, especially regarding the open position for a counselor, she asked. Dr. Johnson explains that when she has contributed in the past, it has often been ignored. She recalled some examples of some contributions she had made, while it was clear that HM was searching for SOMETHING negative to say about her being too silent and not contributing. The behavior team meeting was another example Dr. Johnson recalled that she had been contributing and HM admitted she had been contributing and she even wound up taking over, making a reference to how “we can’t waste time.” Which is it? Then there was a book study that Dr. Johnson did not participate in. HM had heard that Dr. Johnson walked out of the very first book study, after saying, “no thanks.” Dr. Johnson corrects the information and says she asked for a book and another teacher “B” told her there were no more books. She shows that she wants her to be in all the book studies and make sure she sets an example by leaving her lights on and being visible. She had an extra spreadsheet to work on, and she works a lot on Saturdays, and at some point she has to get some of her personal time back. Dr. Johnson responds, “If you say so,” because she doesn’t want to argue, but she doesn’t agree. It’s clear she’s trying to trace down the smallest infractions and pin her into a corner for an imaginary violation. She also quizzed her about a conversation that had taken place with a student and had gotten the impression that Dr. Johnson was having a child tell another teacher to do something. She did not get the benefit of the doubt. Even after it was clear that was not the case, she still had to endure a lecture on it.

At the 37 1/2-minute mark Dr. Johnson finally says she feels like she’s being treated disrespectfully. She suggests that Black people and white people think differently about things. “Why is it okay for you to not contribute and not for me?” At 40:44 HM goes on to say, she keeps reflecting and trying to determine “where did this go South?” and she remembered the first situation with the office, where there were some boxes left in her office, she said, you made the comment, “Black people don’t get treated very well here.” For speaking out about what she perceived to be a racial disparity, HM acknowledges that’s the point things started to decline. Below is a recording of that meeting, obtained from court filings.